Jonny Punt has a good record so far at Betwade, with a very consistent strike rate and a profit of 176 points.

What you see from Jonny Punt is the tip of the iceberg. Due to Betwade rules the maximum selections we allow are doubles, to keep the site looking clean and really focus in on the best selections and value on the coupon. However, the reality is that there can often be five or ten bets that may be flagged up as value.

This is the first article from Jonny Punt and he talks you through the betting process, how to analyse the match and find value on the coupons.

Been up early this morning and doing lots of research - spent about 2 hours writing this (and getting my bets on!!) so hopefully it's helpful ......

Feyenoord remain THE form team in Eredvisie, have won 11 out of last 12 in the league, only losing once in their last 14 matches -  and typically they score goals.
Heerenveen on the other hand are going through a difficult spell: one win in eight and losing five times in the process, including a 4-1 defeat at Excelsior (15th in league) last time out.

Feyernoord are flying and can capture an away victory

Rizespor are missing key players for this game – including captain and top scorer Kweuke. They have a host of other injuries including CB pairing Umit Kurt and George Oboabona
Rizespor away form is awful, have failed to win 21 of last 23 away games, and they are in free fall at moment having lost last 3 in a row

Empoli have lost their last 5 games in a row and failed to score in their last 3 matches
Napoli have won 6 of their last 7 away games and have scored at least 2 in 12 of their last 14 games. Empoli top scorer Levan Mchedlidze is out injured – meaning the lowest scoring team in Serie A face an even bigger challenge this weekend.

Napoli have been extremely strong away from Naples this season

Deportivo are unbeaten in 4 games since new coach Pepe Mel took over (including draw versus Atletico Madrid and beating Barcelona last time out). Celta Vigo may be tired after travelling to Russia to play Krasnodar on Thursday and haven't won in their last four league games. 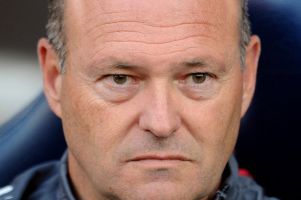 Pepe Mel - Not a man to be messed with, his arrival has seen an upturn in Deportivo's fortunes

Porto at Home have been ahead 8 of 13 teams at the interval, whereas Setubal have been behind 7 from 12