Wizard's of Oz hoping to change the DJ’s tune

With the majority of the pre masters tussling out of the way one man is able to walk around the paddock the apple of any casual spectator’s eye.  A specimen tailor-made (not pun intended) for golf at 6ft 4inches tall, forearms like tree trunks and levers that co-ordinate to create such power Dustin Johnson has long been touted as Golf’s next big thing.  However a combination of off course misdemeanours where rumours of alcoholism, infidelity and possibly drugs have seen him serve a suspension from the sport, couple that with a reputation for lacking the mental strength to get the job done have seen him fail to hit golfs highest echelons.  His victory in the US Open in 2016 put end to a run of 11 top 10 finishes in major without getting over the line, 6 of which he finished inside the top 6.  More focused (thanks to coach Butch Harmon and mentor/father in law Wayne Gretzky) and now lighter (with previously described monkey no longer on his back) he is a one way DJ juggernaut that is serving up Tiger-esque dominance to the rest of the players.  Irrespective of prize money and format he has proved he is the number 1 in the world and subsequently going to be a tough nut to crack at Augusta - especially since he has finished 6th and 4th in the last two years, his game looks primed to destroy the par 5’s!  At 7/1 he is a worth favourite and with some firms paying 7 or 8 places, I wouldn't put you off DJ. 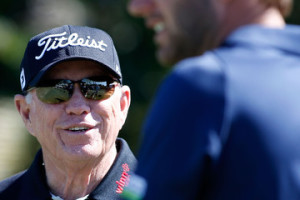 How much credit does Butch deserve for taking DJ's game to thenext level?

High up on most people’s list would be Jordan Spieth especially if horses for courses is your thing.  Three appearances; 2nd on debut, then he won it and last year he should have won it but managed to throw it away late on.  Form figures of 212 mean he definitely has to be well fancied, even more so considering he drove the ball all over the place last year and still managed to be leading after 3 and half rounds.  It seems he loves Augusta and on a course highly centred around putting, it figures that the best putter on the tour regularly does well here.  8/1 however is not the sort of price I like to back in golf; you can basically back anyone other than the top 5 or 6 in the betting and be getting 8/1 they place so it figures to delve a little deeper and try and extract some value.  Do I think DJ and Spieth will finish in the top 5, yes, however if they don’t win then it’s a short price to take on.  Of the others high up in the market Rory clearly has the game for Augusta however I would be wary of taking 8/1 about him. If I was that way inclined I would prefer to steam into DJ at a point or so shorter than back the Northern Irishman.

One man who has drifted to a backable price is Jason Day.  He was world number 1 at the start of the year and had looked set to make Rory work for his top spot for years to come before DJ turned up with his apple cart upsetting forearms.  Throw into the mixer exciting youngsters Spieth / Rahm / Thomas and even Ricky Fowler and the sport looks to have a very bright future.  Day withdrew from the recent WGC matchplay as he wanted to be with his mother whilst she underwent surgery for the Cancer.  "This has been very, very tough for me. I'm going to do my best and try and be there the best I can for her because she is the reason that I'm playing golf today.” 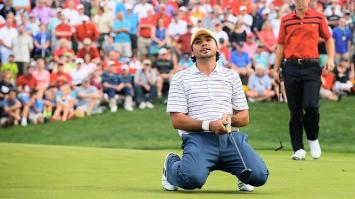 Will Jason Day be in the right mindset to be back to his best?

Day has found the situation understandably very difficult and as such found golf a distraction.  A combination of this news, his withdrawal from the tournament and DJ’s domination has seen he world number 3 drift to 18/1 is some places.   Thankfully the surgery has gone well and now it seems Day looks set to return at Augusta where his form figures are almost as impressive as Spieth’s.  5 appearances and he has never finished outside the top 28, finishing 2nd and 3rd in the process.  He has always made the cut and has three top ten’s so he has perfect Masters pedigree.  Day has 12 top ten finishes in majors in the last 6 years and last year his major record reads 10/8/22/2 so 20/1 looks potentially lenient and providing he is in the right state of mind.  It can probably go two ways ; he could be super focused and want to win it for mum or his mind could be elsewhere.  He was an 8/1 shot for the Masters in December and in my opinion rates a good bet having drifted out to 20/1 given his masters record.  The only thing might be just to wait and ensure he definitely takes part, but I would be very surprised if he decided not to play.

One angle for sport which I sometimes find useful (works particularly well for Women’s Tennis) is to compare World Rankings to odds and try and spot some obvious mismatches or anomalies.  Looking through the masters list there is one name which leaps off the page.  Alexander Noren is ranked 10 in the world, largely due to 4 (yes 4) wins on the European Tour last year.  He finished his excellent season off inside the worlds top 10 and as such earned himself a first call up to Augusta National.  Hi game shapes very well for Augusta too, he hits a nice draw and his Greens in Regulation (GIR) stats are13th on tour hitting on average 14 a round.  Thats an important stat around Augusta and whilst he doesn't’ hit the ball miles he is a serial winner who I am told has centred his season around the majors with Augusta, in his opinion, his best chance.  He also went to University in the US so he isn’t a European with limited experience across the pond either.  So what price for the world number 10? 25/1? 33/1? 50/1?  Try 100/1.  His price is to some extent explainable, he hasn’t made a top 10 yet this year and he is on debut so the bookies conclusion is he is a rag at 100/1.  In 5 events this year he is collectively -24 par and has not yet missed a cut, so it’s hard to conclude he’s totally out of form.  Only one tournament has he finished over par (+4 at WGC in Mexico).  The slightly premature conclusion could be that he can’t quite mix it with the big boys however I saw enough in the matchplay this week to believe he might just be coming to the boil nicely.  He only lost 3&2 to eventual winner Dustin Johnson and that loss might just have kept him under the radar enough for us to scoop up all the remaining 100/1 available for an each way play. 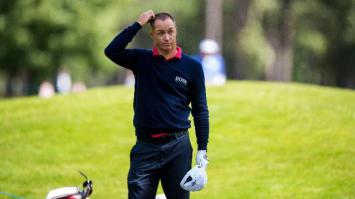 Next up is a player who I have invested in at 45/1 and whilst that price had gone he can still be backed at 50/1 now the bookmakers are looking for your cash. For anyone who has won 2 Masters titles in the past 5 runnings that looks value.  Bubba Watson wouldn’t be everyone’s cup of tea, to be honest he’s not really my cup of tea, but having backed him in two previous wins I feel loathed to pass him up at a big price given he too looks to be playing a little better of late.  His attitude at Augusta seemed all wrong last year.  His playing partner hit a hole in one in the par 3 comp and he just looked angry, refusing to high five him! I think it’s fair to say he’s not having a brilliant year but Augusta is a unique test and one he has shown he can excel at, I’m hoping one good round could shake him into action.  Couples, Cabrera, Woods, Mickelson, Westwood have all shown that despite form they continue to do well at this event year after year and it would be disappointing if Bubba can’t get his season back on track with 4 good rounds in the Masters. 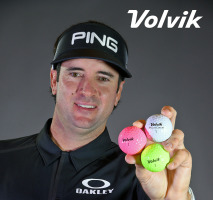 The hardest decision for Bubba could be which ball to use, Green or Pink?

I was only going to put up 3 players but at the prices I can’t leave out Marc Leishman at 66/1.  He has been knocking on the major door for a few years now and was desperately unlucky not to win the Open a couple of years ago.  He has also done very well here at Augusta and I really like his game.  Furthermore he won on the PGA tour a few weeks ago, which I hope, should give him the belief that he can win one of the big ones.  Australians seem to go very well at Augusta too so thankfully we are supporting two - cue Adam Scott to go and win.  Ok so we have already had Australia day this year but it could be that come 10pm on Masters Sunday we could be celebrating an encore.

Finally, bookies are bending over backwards to offer value on this tournament, with 7 or 8 places and some paying 1/4 the odds for a place. Skybet is probably the place to go with 1/4 odds and 8 places paid but you will get slightly less odds if they win. So it's up to you, if you are looking at win only then go to betfair exchange to get the best price even with commission.